Find out how our accounts payable solution delivered resource savings, reduction in processing time and a more efficient reporting process for Montgomery. 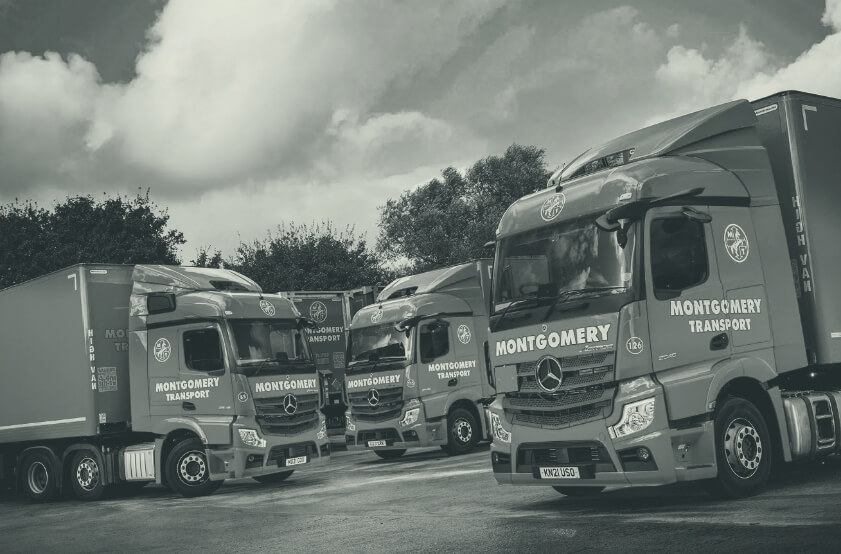 Integration of five separate ERP platforms coupled with data capture of invoices in multiple formats and from multiple sources.

“There is a big saving in terms of the processing time by the accounts payable team. They are freer to focus on more value-added work elsewhere in the business.”

The Montgomery Transport Group (MTG) is one of the largest privately owned transport companies in the UK. Headquartered in Newtownabbey in Northern Ireland, the company operates from multiple sites, with a workforce of 555 and annual turnover of £80 million.

The group consists of five separate but connected companies. Prior to the installation of the Inpute solution, the company’s accounts payable processes were slow and resource heavy processing up-to 200,000 invoice pages each year. Some invoices were hand-written and came in the post, others were emailed. They arrived into any one of eight different locations in the group and all had to be manually input to the respective ERP system. The approvals process, which was managed using email, was time consuming, error-prone and lacked accountability.

“So much time was being wasted having to email invoices back and forth for approval,” says Megan Carson of Montgomery Transport. “The process would take at least a week to get up on the system, and we were having quite a few issues with running reports.”

CFO Brian Liffey agrees. He says that the information retained from each invoice on the ERP system was limited. “In some cases, you could not see who the supplier was or what the expense related to. If you wanted to review the invoice and the details of charges the only way to do this would get a PDF copy of the original invoices.”

“One of the biggest things that struck me when I joined the company was that it was the length of time taken to complete monthly management accounts. The new Inpute system has reduced this by 2-3 days. In addition, each of the five entities had its own standalone ERP system, and any solution had to integrate seamlessly with each one.”

“The Inpute system had to be ERP agnostic,” says Aidan Mullin of Inpute. “Our solution needed to be flexible enough to support integration to five separate ERP platforms including Sage 50, CDK, Sterling, CDK, Azyra and Sage 200 hosted through a combination of on-premise and Cloud.’

An OCC capture solution combined with a cloud-based workflow platform

Working closely with Montgomery, Inpute implemented an intelligent capture solution at invoice line level which was combined with a cloud-based workflow platform. All invoices, no matter where they originate in the group, or what format they take, are captured by this system.

Invoice data is validated, enriched and automatically exported to each of the appropriate ERP systems. In addition, Inpute implemented a workflow for the approval of invoices, by-passing email and retaining all invoices in a closed- loop system.

“There is a big saving in terms of the processing time by the accounts payable team,” says CFO Brian Liffey. “They are freer to focus on more value-added work elsewhere in the business.”

Accountability is another area of significant improvement. Approval rules are built into the Inpute system, and at any given time, it’s possible to see where invoices are in the workflow and what actions are outstanding. That visibility is also important when it comes to reporting.

Liffey anticipates that in a diverse group, with a multiplicity of ERP platforms, the existence of a common document management tool and workflow will generate further synergies that are yet to be revealed.

CFO Brian Liffey remarked that, “the guys in Inpute have been very pro-active in terms of understanding our business and delivering a very powerful and intuitive system, they have done a fantastic job. I am very pleased.”

So far, our solution delivers the following benefits:

“Manual invoice management creates a constant drag on finance and accounting workflows in any organisation. Our accounts payable solutions streamlined invoicing and approvals—while also reducing errors and the added expense they create.”